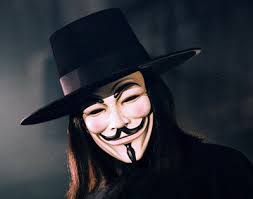 I’m talking about Bonfire Night and adjacent celebrations and, when saying ‘our’, am speaking as a Brit.

Guy Fawkes Night was one of the highlights of my childhood, as much for the associated food as for the meagre number of fireworks our dad could (or would) buy.* In this country at least, November the 5th marks the beginning of winter and goes back a lot further than the torture and execution of that failed Catholic assassin. Some of our Celtic neighbours kept the memory of Samhain and I’m sure the Saxons and other Germanic tribes had something similar. The nights are starting earlier and lasting longer and the weather’s getting colder, which is as good a reason as any for a big fire, some warming grub and making as much light as possible. Nor are we alone and the Hindu festival of Diwali happens around this time of year also. What they have in common is ‘the victory of light over darkness’.

It coincides with other festivals for remembering the dead. Hallowe’en, which has almost replaced Guy Fawkes Night as a boom time for retailers to cash in with loads of junk ‘for the kiddies’ to enjoy, is actually the Eve of All Saints’ Day in the Roman Catholic calendar, while November 2nd is All Souls Day when believers visited the graves of their ancestors and deceased family and is often a colourful event, as in Mexico. Not forgetting ‘Remembrance Day’ to commemorate the end of World War 1.

So, with plenty of dry leaves and dry wood from pruning that the gardeners want to get rid of, a big fire is a logical response, which provides a good excuse for an outdoor party before it’s too cold. Candles and lamps would be needed too and I guess gunpowder came into the mix when the government made the failure of Fawkes & Co to blow up Parliament with the stuff an official holiday. Its use in fireworks has persisted, despite repeated attempts to limit or ban it. And we’d want something to warm us inside and what we used to get was baked potatoes (cooked in the bonfire an option), toffee apples and black treacle toffee. My brother remembers soft vanilla fudge as well.

These days family or neighbourhood parties in the back garden or a nearby open space have been increasingly replaced by big shows put on by some charity or community group with much more fancy and expensive fireworks and other features to be burned – one I saw was a large model in wood and paper of the original target, the Palace of Westminster.

As I’ve written elsewhere, these events used to mark the changes in the seasons and served to map out the year. Whether those that are popular now gain the same level of tradition remains to be seen.

[* What I didn’t at first include in this discourse is the tradition of ‘A penny for the guy’. This meant the kids, or a parent, making a ‘guy’ (from Guido Fawkes) to sacrifice on the bonfire. A dummy would be made with your mum’s worn-out tights or stockings, stuffed with screwed-up balls of paper, for its arms, legs and torso and something similar for its head. It would be dressed in worn-out jacket and trousers, possibly shoes, and the head provided with a papier-mâché mask most commonly in the supposed likeness of Fawkes (now well known from its reincarnation by the campaigners of Anonymous), or some other hate-figure (eg Maggie Thatcher). According to my younger brother, we once put a mask on the youngest and used him instead, but I don’t recall it. Kids would take their creation to a favourable street location and beg passers-by for a contribution to their firework fund. They might even chant old rhymes, like “Remember, remember the fifth of November with gunpowder, treason and plot”, even if they didn’t really know the history of it. On the night, the guy would sit on top of the bonfire to be immolated. Whether these were originally folk memories of a similar fate for witches and heretics, I’ll leave to the historians and anthropologists.]
“Wossall the noise about?”
A similar money-making pastime to ‘A penny for the guy’ was carolling. Kids would stand outside a likely residence and sing xmas carols, then knock on the door and wait to receive some cash or a mince pie the occupants hoped would make us go away. I and at least one of my brothers did this for a few years until it was killed off by television. Then they couldn’t hear us until we knocked or rang the doorbell, which would leave us all the unenviable task of listening to our attempts to sound angelic and harmonious, or even remember the words. This had its origin in the tradition of ‘wassailing’, when the poor would do the same outside the homes of the more well-to-do in expectation of a drink and something to eat, if not cash as well.
Thankfully it died out and is now replaced with kids threatening ‘Trick or treat’ on Hallowe’en. In these more ‘egalitarian’ and paranoid times, one could wonder if there’ll ever be other traditions like them … that is apart from buskers or homeless beggars asking for ‘spare change’ while wearing any seasonal decoration they can find.

Old school lies - Making Britain great again
It never stopped being great - Great Britain is just the name of the island that comprises most of England, Wales and Scotland. It’s a geographical term to distinguish it from little Britain (Bretagne) in north-west France. So, sorry you Northern Irish Unionists, you’re not British - check your passport! Why the hell else would everyone else in Europe translate Great Britain into their own language? They don’t all think we’re so wonderful.